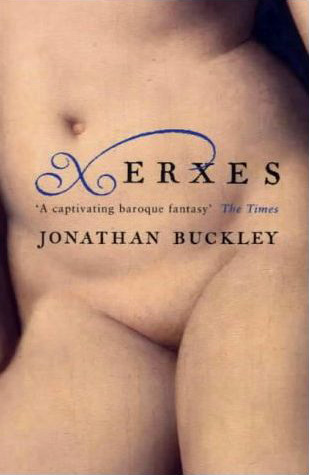 Set in Germany in the 1820s, Ettlinger, a young scholar who has been commissioned to design and build a chapel, finds himself increasingly swept up in a circle of friends who regularly meet to joust and outwit each other with stories.

At the same time he receives from Wolgast, a local collector of antiques, an invitation to use his library to assist him in his research. But over the coming weeks, Wolgast’s hand of friendship seems increasingly sinister and poisonous, his house more an anteroom in Hell.

Threaded with the story of the kingdom of Xerxes, a cautionary tale about a paradise lost, Xerxes is a tense and frightening read, a brilliant examination of manipulative men and the shadow they cast.

A triumphant second novel by a writer of unusual skill …with hardly a word out of place, Xerxes is that rare and beautiful thing, a fascinating and profound novel that is also a perfect work of art.

The evocations of place – of a real, or almost real, 19th-century German city, and of an ancient Persian warrior’s imagined paradise – are the glory of Buckley’s book …Xerxes is a captivating baroque fantasy.

To label [Xerxes] as a period piece (post-Waterloo), or indeed any kind of fictional genre, would be perverse …this is writing to savour for its craft and quality.

The claustrophobic salon world which the characters inhabit, their strange anecdotes and play-acting, bring to the mind writers of the period such as Goethe and Hoffman.

Buckley’s brand of magic casts a spell …the patient reader should find Xerxes a distinct and often engaging change from the ruck of new novels.