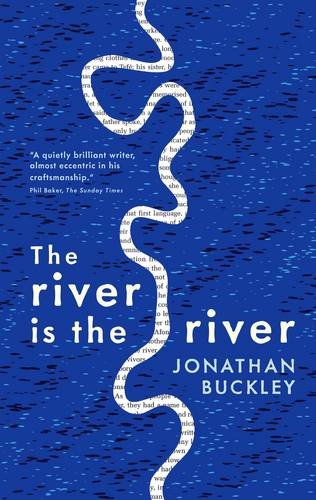 “The river is the river opens with a disclaimer. We are told that names have been changed. But “words recorded here were actually spoken”, and therein lies the power of Jonathan Buckley’s finely tuned ninth novel: it is told at a remove. Carefully cradled in the imagination of an unidentified narrator, and swaddled in several layers of story, the narrative is filtered through a rich chorus of voices, recollections and retellings. Multifaceted and episodic, but always fluid, the tale expertly examines the borrowings of words, the machinery and storytelling and the artifice of character . . . The novel closes with a chapter called “Scenes from Childhood”, inducing a complete temporal shift and change of pace. Complex and simultaneously understated, this section leaves the reader considering the impossibility of true translation, the implications of a loss of language, and the mental alluvium left behind once events have run their course. Buckley recently won the BBC National Short Story award with “Briar Road” and it is easy to see why: The river is the river is a triumph.”
TIMES LITERARY SUPPLEMENT

“Jonathan Buckley, recent winner of the BBC national short story award, has written a marvellously absorbing novel that is both an account of the relationship between sisters Kate and Naomi and, with the lightest of touches, a disquisition on the nature of storytelling itself. Kate’s tentative work on a novel (which the reader is gently invited to judge in terms of its likely success or failure) is interrupted by a visit from Naomi, with whom she has a tense relationship, coloured by past awkwardness. Naomi is driven to recount other people’s stories in order to reassure Kate that the abrupt swerve her life is taking is going to be good for her. In particular, Naomi tells her about Bernát, a Hungarian man with whom she has formed a strong and unusual friendship. In conjuring Bernát through retelling his stories at one remove, the scaffolding that supports the novelist’s work is laid bare. We are pulled back from a very rich, enfolding narrative and forced to think about all the work of memory and language that goes to create the illusion of “real lives”. Engrossing at every level.”
Jane Housham, Guardian

“Jonathan Buckley’s intensely compassionate, astoundingly observed novels unfold with exquisite power, and The river is the river is perhaps his most perfectly written book yet. The surprise of its haunting ending makes other plot twists look like childish games.”
James McConnachie, editor The Author

A woman named Naomi arrives at her sister’s house, intending, it seems, to say goodbye. She is abandoning her city life for a remote Scottish retreat, which she will share with a man called Bernát, whom she considers some kind of visionary.

In a sequence of stories filtered through multiple re-tellings, she illuminates the character of this elusive individual. One story seems of special significance: about Afonso, an Amazon boatman, who could be the last speaker of his mother tongue, a language of apparently unique simplicity and precision.

Bernat and Naomi are not, however, the only storytellers here. Naomi’s sister, Kate, is herself working on a novel that begins as a ghost story, but ends up as something rather different: The river is the river.