Jonathan Buckley’s ‘Briar Road’, a story about a psychic investigates the case of a missing teenager has won the 10th annual BBC National Short Story Award.

Jonathan was presented with the prize of £15,000 by this year’s Chair of Judges Allan Little at a ceremony held in the BBC’s Radio Theatre in London. The news was announced live on BBC Radio 4’s Front Row, during a special programme celebrating the short story and featuring William Boyd.

Mark Haddon was selected as the runner-up and received £3,000 for his story ‘Bunny’.

“Jonathan Buckley’s ‘Briar Road’ is a quiet intriguing mystery and focuses on a single moment in the life of one family who have turned to a spiritualist after their teenage daughter has disappeared.  The prose is understated, stark and plain. The intrigue builds as key details are revealed slowly, hinted at and suggested rather than spelled out.  It is a haunting evocation of the tensions between family members at a moment of unbearable loss borne, the outward calm masking the turmoil into which the family has been swept” 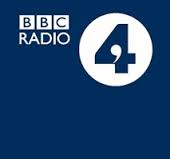